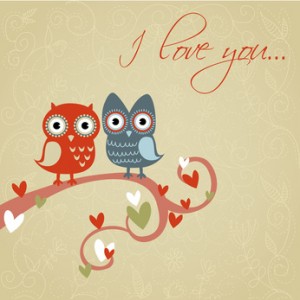 A serious problem with reactive language is that it becomes a self-fulfilling prophecy. People become reinforced in the paradigm that they are determined, and they produce evidence to support the belief. They feel increasingly victimized and out of control, not in charge of their life or their destiny.

They blame outside forces — other people, circumstances, even the stars — for their own situation.

At one seminar where I was speaking on the concept of proactivity, a man came up and said,

“Stephen, I like what you’re saying. But every situation is so different. Look at my marriage. I’m really worried. My wife and I just don’t have the same feelings for each other we used to have. I guess I just don’t love her anymore and she doesn’t love me. What can I do?”

“The feeling isn’t there anymore?” I asked.

“That’s right,” he reaffirmed. “And we have three children we’re really concerned about. What do you suggest?”

“I told you, the feeling just isn’t there anymore.”

“You don’t understand. The feeling of love just isn’t there.”

“Then love her. If the feeling isn’t there, that’s a good reason to love her.”

“But how do you love when you don’t love?”

“My friend, love is a verb. Love — the feeling — is a fruit of love the verb. So love her. Sacrifice. Listen to her. Empathize. Appreciate. Affirm her. Are you willing to do that?”

In the great literature of all progressive societies, love is a verb. Reactive people make it a feeling.

They’re driven by feelings. Hollywood has generally scripted us to believe that we are not responsible, that we are a product of our feelings. But the Hollywood script does not describe the reality. If our feelings control our actions, it is because we have abdicated our responsibility and empowered them to do so.

Proactive people make love a verb. Love is something you do: the sacrifices you make, the giving of self, like a mother bringing a newborn into the world. If you want to study love, study those who sacrifice for others, even for people who offend or do not love in return. If you are a parent, look at the love you have for the children you sacrificed for. Love is a value that is actualized through loving actions. Proactive people subordinate feelings to values. Love, the feeling, can be recaptured.